The City of London Police on Friday announced that two teenagers were officially charged for their alleged roles in a hacking group that is believed to be the infamous Lapsus$ gang.

The youngsters, aged 16 and 17, were arrested roughly a week ago, along with five other teens supposedly involved in the Lapsus$ attacks. 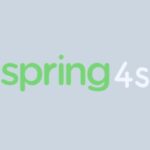